This model was the first Cooper Formula Junior to use disc brakes as standard and the callipers were Mini-Cooper. Although the factory continued to use some off the shelf components where practicable more and more items were bespoke, indicating a high level of financial commitment to this formula.
The improved chassis was narrower & better braced, the wishbones were longer and the body reduced in width & height.
John Love & Tony Maggs continued as the “Cooper Twins” for another year using BMC engines in their Works Team cars, run once again by the Tyrrell Racing Organization. However the Ford was becoming very popular and a good many private teams and individuals opted for this engine, so the “twins” didn’t have it all their own way again this season.
The standard gearbox reverted to the Jack Knight modified ERSA, now in 5 speed form, the previously unpopular Renault alternative for the Mk2 being dropped.
Although MRP thinned a little overall, they continued to support the marque in some numbers and it fell to Richard Attwood to chalk up this model’s first victory, at Silverstone, the precursor to more than 30 race wins for numerous teams and privateers.
The “twins” had some good wins individually on the continent, augmented by Denis Hulme on occasion and at Karlskoga they produced another of their set piece 1st & 2nd finishes.
The 1962 season was very fruitful and more than once Mk3s were winning at three different circuits on the same day all across Europe.
The USA was a very good market for this model and several famous figures, who had supported Coopers so far, continued with the Mk3.
Tim Mayer did well, twice leading a 1-2-3 race finish and Walt Hansgen had some good wins in a Briggs Cunningham entered car, who raced his FIAT engined Mk2 Cooper himself sometimes.
Another legend in his own lifetime who enjoyed racing the excellent Mk3 was Roger Penske.
This highly regarded model sold to 11 different countries in 1962 and thirty two cars are known to survive today. 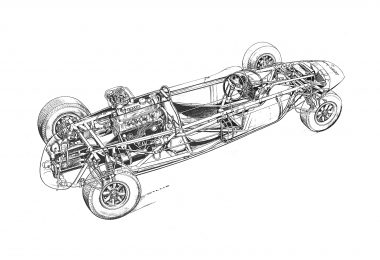 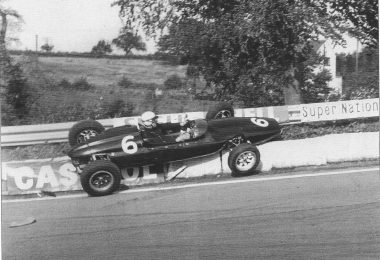 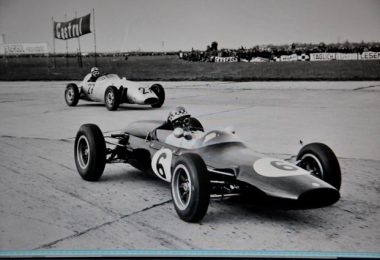