From their beginnings with the 500cc Formula 3 cars in 1946 they carried their theme through and were responsible for the subsequent rear engine revolution in racing car design. Their chassis design was often described as a collection of suspension brackets kept apart by a few tubes. Cutting edge engineering it might not have been, but good solid practicality it most certainly was.
Their ethos was one of progressive design and this enabled them to rework components previously tried and trusted in other models in other formulae.
Some, later, very influential people in motor sport had their motorsport baptism with an involvement with Coopers. Bernie Ecclestone and Frank Williams raced, whilst Ron Dennis was a works team mechanic.

The Cooper Formula Junior cars spanned the years 1960 to 1963 with four models.
In all cases the chassis were round steel tube space frame with independent suspension all round and with rack & pinion steering.
All were rear engine design and the first model had aluminium bodywork whilst in the subsequent years fibreglass was used.

Each year a new model was designed ahead of time but some specification changes didn’t wait for the new year model but were rolled out as & when ready and these were usually tried out first on the Works Team cars which were managed by Ken Tyrrell,
The cars constructed by the factory required chassis plates only if exported, whereas home market sales required no formal identification.

Similarly unidentified were the many cars sold as kits, to avoid purchase tax, and this led to many configurations being adopted by private buyers as the formula developed and improved engines, brakes & gearboxes became available.

After Formula Junior ceased in Europe at the end of the 1963 season some cars were converted for Formula Three and a few for Formula 1,whilst many others found a new lease of life including ice racing in Scandinavia, hillclimbing in Europe & UK and sand racing in the Channel Islands when frequently fitted with large V8 engines. In USA one car was drastically shortened and fitted with an Offenhauser engine for midget racing and another was considerably lengthened for speed record attempts on the Bonneville dry salt lake.
Today it is impossible other than to generally speculate as to the total number of Cooper Formula Juniors produced, but a reasonable estimate is approx 120. Of these it is known that over 80 survive, of which about half still compete frequently in UK & Europe, USA, New Zealand, Australia and S.Africa. 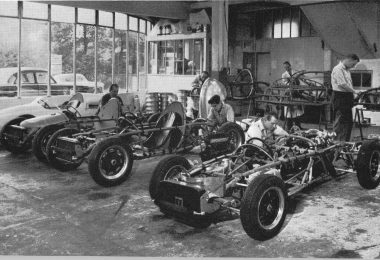 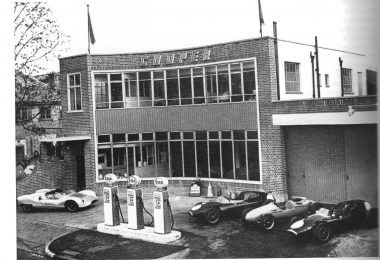