Pau certainly has its own climate; and this time it was sweltering heat under a low cloud cover, the Pyrenees obscured from view for the whole weekend.

The return of the Historic GP, run this year by Laurent Vallery-Masson and HVM, was well publicised, and if the speeches at the mayor’s party at the Beaumont are a guide, the event’s future will be assured; all the participants certainly hope so.

This year, a major exhibition celebrated Jim Clark and the anniversary of his Formula One victory at Pau, with old Pathe films of the 1961-1966 Formula Junior, F1 and F2 races being shown on the big screen.

Certainly Formula Junior were there to relive the day, and yet again it was nose to tail racing at the front. With Manfredo Rossi sidelined after free practice and McLaren GT racer Chris Goodwin slow off the start, it was past Caterham Champion Clive Richards’ ex-Tommy Reid 22 into the lead, with Mark Shaw (BT6) in his wheel tracks. Chris made up ground to make a three car train, but Pau is no easy place to pass, and despite a brief safety car period, all so well managed by the French organisers and marshals, Clive deservedly took the flag.

Race two, and once again Clive made the best start but Chris was right on his tail for the whole race: first Clive broke Richard Bradley’s 2019 FJ lap record, then Chris broke that and it was lining up for a photo finish, but at the last chicane, Clive managed to lap Gianluigi Candiani’s 6th place Branca but Chis could not quite manage to squeeze by safely, so there was still just over a second apart at the line. Mark Shaw was a distant third with a failing engine, but just holding off both Roberto Tonetti and Richard Wilson, also in BT6s.

A delighted Robin Lackford (Elva 100) topped the front engined Podium on Saturday, while on Sunday, order was restored with a delighted Ray Mallock (U2 Mk 2) on the Front engine top step, not having raced at Pau for some 40 years, after an all night engine change by his dedicated team. FJ history was made with a Triumph engined FJ taking a top three class position with Richard Bishop-Miller’s Canadian Autosport third in B2 Class.

Other class winners were Debutante Marco Coppini (Elva 100) [B1], Stuart Tizzard in the ex Peter Revson Cooper T56-BMC [C2], James Hicks (Caravelle III)[D2] and the amazing DB Panhard of Phillipe Boutevein, the actual car which his father had raced in the Pau Formula Junior race in 1959! [G8] 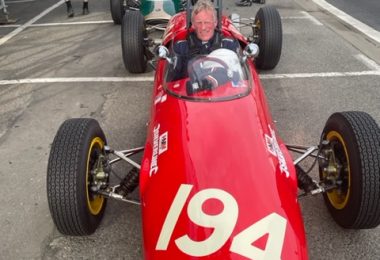 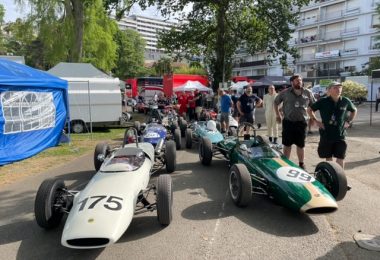 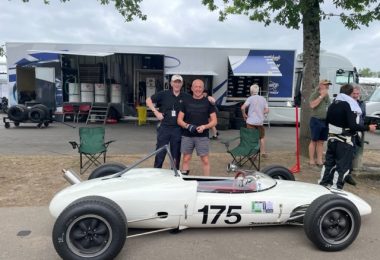 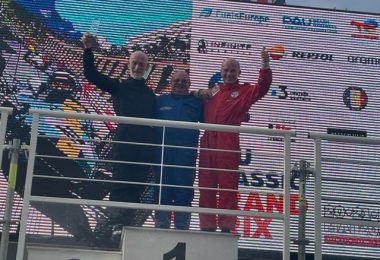 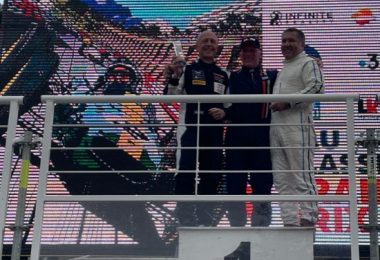 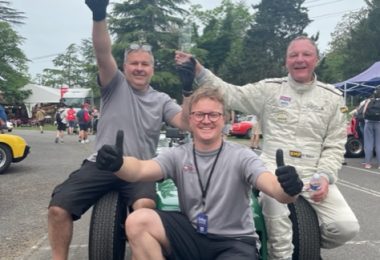