Of the five double-header races in the Swedish Historic Cchampionship (open to all Appendix K cars with an HTP or corresponding National VIF), Formula Juniors are welcome at all, but usually we only see more than a couple of them at three of the events; Karlskoga in June, Knutstorp in July and Falkenberg in September.

For the Velodromloppet GP at Karlskoga there were eight Juniors entered, all of them from Sweden. These were; in Category E Ingvar Malm (Elva-BMC 100), Peter Pettersson (in Malm’s Focus-Peugeot Mk III), Magnus Ahlqvist (Stanguellini), Fredrik Bolander (Elva-BMC 100), Christer Larsson (Cooper-BMC T52), Anders Orrstjerdt (in Larsson’s MRS-Saab); and in Category F Hans Hillebrink (Lotus-Ford 20) and I, Lars-Göran Sjöberg (Cooper-Ford T59). It was an acceptable number of entries, but there was potential for more.  There are four more cars in raceable condition in Sweden, which for various reasons were not entered. Further, Norwegian driver Petter Huse, who usually enters all the Swedish races, was unable to attend because of Norwegian COVID travel restrictions.  Neither were there any entries from Denmark, where there are about half a dozen cars.  The eight Juniors shared the grid with three pre-war cars, a formula 3/500 and a Lotus Eleven. We in Formula Junior and these other classes refer to ourselves as ‘endangered species’, since we usually don’t have enough entries to justify separate grids.

No spectators were allowed, so free practice, qualifying and two races were concentrated into two days, Saturday and Sunday, rather than the usual format of three days. Weather was hot with temperatures reaching 30 C, but there were some heavy showers on Saturday afternoon. 20 minutes of free practice was run before lunch on Saturday, and then 18 minutes for qualifying in the afternoon. A shower came in after only three or four laps of qualifying, thus all times were set early.  Hans Hillebrink took pole position 2.5 seconds ahead of Ahlqvist, who was followed by Bolander, Larsson, Pettersson, Orrstjerdt and Malm.  Then followed the Lotus Eleven, the 500 and the pre-war cars. A guiding bolt at the lower end of shift lever in my Cooper T59 decided to snap (the fracture surface indicated low-cycle fatigue) on the first flying lap leaving the gearbox in neutral, so I had to line up last on the grid in 13th position. Other incidents during qualifying were that Christer Larsson, in the T52, managed to tangle with the MRS-Saab (which he also owns), but neither car sustained any damage.

Race 1 at 10 o’clock on Sunday was for 15 minutes plus one lap and the weather was dry.  Magnus Ahlqvist in the Stanguellini made a perfect start and held the lead for about half a lap, but he was then passed by Hillebrink’s Lotus 20. Behind these two, a close fight developed between Fredrik Bolander (Elva) and Peter Pettersson (Focus) which lasted for several laps before Bolander finally got by and managed to draw away.  Bolander was steering with one hand, since he had to keep the other on the shift lever to prevent the box from jumping out of gear. In the meantime me and my Cooper T59 had passed the slower cars and got by Pettersson and Bolander on lap 2 to move up into 3rd place and two laps later passed the Stanguellini into second.  On lap 8 Ahlqvist’s Stanguellini lost first and second gear amid expensive noises from his new gearbox cluster, so he was forced to retire and so was I after a loose radiator cap caused the Cooper to overheat. At the end of the 12th lap, Hillebrink was flagged off as winner 45 seconds ahead of Bolander, who was followed by Pettersson, Malm, Magnus Nergaard in the Lotus 11 and then the two Larsson cars with Orrstjerdt ahead of Christer himself.  The bolt securing the clutch pedal in Christer’s T52 had fallen out, so he was unable to shift gears, since the Cooper interlock prevents shifting unless the clutch pedal is pushed.   He was therefore forced to drive the last part of the race in 3rd gear.

Grid positions for race 2, which was of the same duration as race 1, were decided by lap times in race 1 and saw Hillebrink on pole position. I should have shared the front row with him in the T59, but was unable to start because of damage caused by the overheating in race 1.  Likewise, Ahlqvist’s place on row 2 was also empty, since the damage to the Stanguellini’s gearbox was severe. Thus, two empty slots and then followed Bolander on the outside of row 2. Row 3 comprised Peter Pettersson and the Lotus 11, while Ingvar Malm and Anders Orrstjerdt occupied row 4. Last of the Formula Juniors was Larsson’s T52 on the inside of row 5.

This time, Hans Hillebrink had no problem being first away at the start and he built up a lead which he held until the chequered flag. Behind him Peter Pettersson beat Fredrik Bolander off the line, but was passed by Bolander on lap 2. Ingvar Malm followed in 4th position. Behind him, Nergaard in the Lotus Eleven and Christer Larsson had an internal fight and at the same time were catching Malm. On lap 5, bad luck struck Ingvar Malm when the step-up gear in the Elva broke forcing him to retire. Soon after, Larsson temporarily lost control of his Cooper while trying to out-break the Eleven which caused his right rear wheel to hit the Lotus, but both were able to continue.  After the race, Christer Larsson very sportingly offered to pay for the repair of the dent in Lotus’s bodywork. In the end, Hillebrink cruised home to win by 40 seconds ahead of Bolander, Pettersson, Larsson, the Lotus Eleven with Anders Orrstjerdt last of the Formula Juniors.

Next race in Sweden will be at Ring Knutstorp the first weekend of July, where we will once again share the grid with the pre-war cars. At the time of writing, there are only four Formula Juniors entered, but Denmark is not far away, so maybe we can see from entries from there? 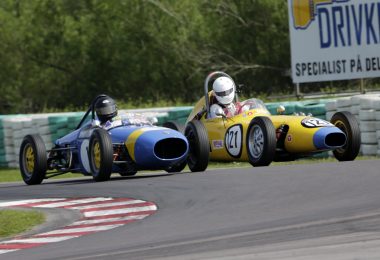 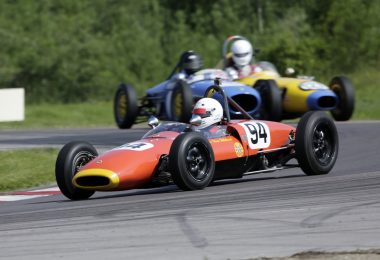 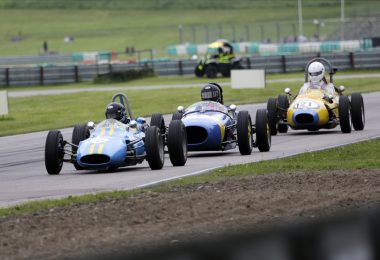 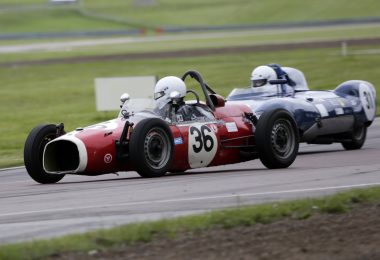 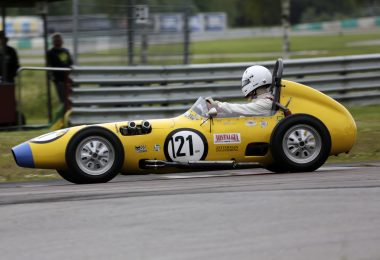 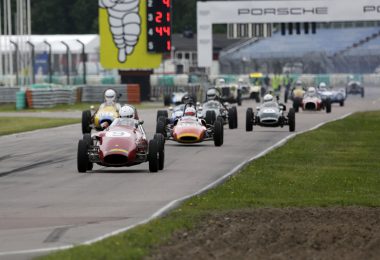 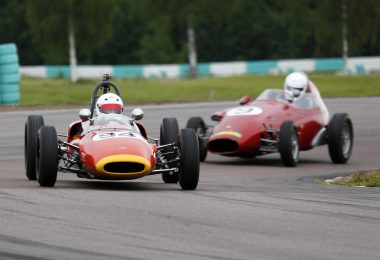 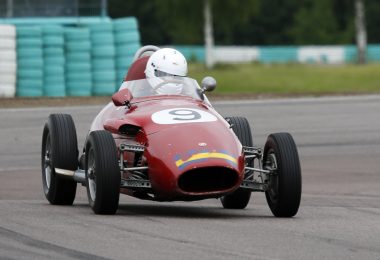 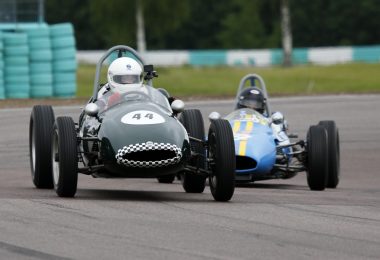 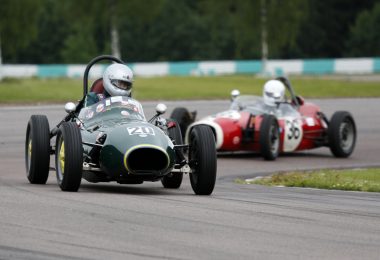